Home » What Happens if You Don’t Pay Student Loans Payments?

what happens if you dont pay student loans

Let’s talk about privately funded student loans first, as they are the easiest to explain. Private student loans (if not guaranteed by the government) are the same as any other personal debt. If you don’t pay them, then the creditor has the option of suing you and getting a judgment against you. That usually doesn’t happen for some time, and it’s better to negotiate with the creditor to avoid legal action. It costs the creditor legal fees to get a judgment against you, so they will take this step if all else fails.

If they take legal action and get a judgment against you, there are several ways they can then get their money. Garnishment is the most direct way. Garnishment means that they serve your work with legal papers authorizing them to deduct up to 50% of your wages each payday. Your work can charge you an additional administration fee so that the total could amount to more than 50%. Usually, one can go to court and get the amount reduced to 30% or less.

Next, your property can have a lien put on it. This usually means your home, but it can be any real estate or valuable property. Nothing happens immediately, but when you sell the property, the debt comes off the top and is paid to the creditor or an agent before you get the balance. Often creditors can sell this debt, secured with a lien, to another company.

The statute of limitations for this debt can range from 3 to 10 years, depending on your state of residence. Six years is the most common. Your credit record drops the debt off your report after seven years.

Chapter 7 Bankruptcy can be filed without going into great detail and stops all the previously mentioned legal actions immediately, except for a lien. This is the last resort, of course.

Only private student loans are subject to bankruptcy chapter 7. It doesn’t apply to Government Loans.

What Happens if Borrowers Don’t Pay Their Federal Student Loans?

If you don’t pay your Government student loan(s), you won’t find armed U.S. marshals at your door, as one Texas man did. But it’s still a good idea not to ignore it if you can’t pay.

In most ways, defaulting on a student loan has the same results as not paying off a credit card. However, it can be much worse on one key aspect. The federal government guarantees many student loans, and the powers of the feds of enforcement are extensive, and debt collectors only dream of having such a toolbox of capabilities. It could be very unpleasant.

After being three months overdue, it is officially “delinquent.” It’s then reported to all three major credit bureaus. Your credit rating will take some damage.

That means any new credit applications will probably be denied or given the higher interest rates available to high-risk borrowers. A bad credit rating can follow you around in other ways too. Some employers check the credit ratings of applicants and use them as a measure of your personality. Cell phone service providers do too. They may deny you the service contract you want. Utility companies may require a security deposit from customers they don’t think are trustworthy. A landlord might reject your application. Defaulting on a student loan has worse consequences than not paying off a credit card.

When your payment is about nine months late, it is officially “in default.” The financial institution to which you owe the money then refers your account to a collection agency. The agency will try its hardest to make you pay. They will usually stop short of actions that the Fair Debt Collection Practices Act forbids. Debt collectors may also add fees to cover their work and efforts.

It may be years before the federal government gets involved, but its powers are formidable when it does. It can take your tax refund and apply it to your debt. It can garnishee your paycheck, meaning it will contact your employer and arrange for a portion of your salary to be sent directly to the government. It can require court appearances, and if you don’t show, a warrant for your arrest will be issued.

What You Can Do

You can avoid these consequences, but you need to act before your loan is in default. Several federal programs are there to help, and they are open to everyone who has federal student loans.

Three other programs, called Income-Based Repayment (IBR), Pay As You Earn (PAYE), and Revised Pay As You Earn (REPAYE), lower payments to an affordable level according to the applicant’s income and family size. The government might even pay part of the interest and forgive any debt still owed after you pay for several years.

The balance is forgiven, but only after 20 to 25 years. Lenders might reduce the payments to zero, but only if you have a meager income.

The Public Service Loan Forgiveness Program is made specifically for people who work in public service, either for the government or a nonprofit organization. People who participate may be qualified for forgiveness after ten years of work and ten years of payments.

Particulars of these federal programs are available online.It is critical to apply for these programs before you’ve gone into default.

An excellent first step is to connect with your lender as soon as you know you may have problems keeping up with your payments. The lender may be willing to agree to a more doable repayment plan or direct you to one of the federal programs.

There is an upside to student loan debt. If you make your payments, it will build up your credit score. According to Experian, people with student loans have a higher credit score than debt-free students. That good credit history can be critical for a young adult trying to get that first car loan or home mortgage.

Example of a Worst-Case Scenario

A man opened his door and discovered two armed U.S. Marshalls on his porch. He had borrowed money 29 years earlier and failed to repay the loan. The government finally took legal action. The U.S. Marshall Service said that several attempts to serve him with a court order failed. They contacted him by phone in 2012, and he refused to appear in court. A judge issued an arrest warrant for him because of his refusal. When the marshals finally caught up to him outside his home, he went inside to get his gun because he didn’t know who those guys were. This sounds a bit far-fetched since the officers were in uniform, but still.

That’s how one can wind up an armed posse of U.S. Marshalls on your doorstep, with local police as a backup, for failure to pay a student loan of $1,500. To be more accurate, the US Marshalls didn’t arrest him for the debt, but rather his refusal to comply with the judge’s order to appear. In the United States, there is no debtor’s Prison. The man said he thought he had paid the debt, didn’t know about the warrant and didn’t remember the call.

However, even this awful story has a somewhat happy ending. Dragged into court, at last, the man agreed to begin paying off his student loan, plus interest, at $200 a month. With 29 years of interest built up, the $1,500 debt had risen to around $5,700.

The government and lenders have a good motivation for working with borrowers who have problems paying off their student loans. Student loan debt has come to a record high, with about 45 million people owing an average balance of around $37,000. You can be sure banks and the government are anxious to receive the money.

Be sure you alert them as soon as you see trouble ahead. Ignoring the issue will only make it worse.

What Happens You Don’t Pay Back Your Student Loans?

As we’ve previously discussed, there is a difference between government student loans and private sector loans.

In the case of government loans, they don’t simply go away with time. There are three possible outcomes in this case. The best ending to the story is to pay them off. The other happy ending is to have them forgiven through one program or another. The third way they can resolve government student loans is through legal action where the lender gets their money back by way of garnishment, seizure, or through a lien put against real-estate. The fourth and last way isn’t an end to the story but rather an end to the borrower’s life. Death will, of course, result in the government writing off the debt.

Student loans given by non-governmental sources are a different matter if, of course, they haven’t been guaranteed by the government, in which case they should be considered government loans. Student loans have three possible outcomes. Again the best thing is to pay them off. Another possible action is collecting the debt by garnishing your wages or putting your property under a lien. Seizure of your tax return is off the table in this case, though. And the last possible way to resolve the issue is through bankruptcy. Bankruptcy is possible every seven years.

Can You Get Away With Not Paying Your Student Loans by Leaving the Country?

If you want to escape abroad and plan on staying gone, there’s not a lot your creditors can do about it. Lenders, including the government, aren’t likely to chase you in another country, where legal systems and rules are much different than in the U.S.

In theory, you can stay outside the country and start a new life. You can re-enter the US for visits without fear of arrest. You might receive some collections calls if they can track you, but that’s about it. There’s one exception involving government loans or even private loans in some cases. If it goes to court, and the judge orders you to appear or take some other action, and you fail to do so, then a bench warrant can be issued for failure to appear’ or ‘contempt of court.’ Lenders could even have you arrested on a warrant upon arrival at a US airport or harbor.

Others have fled to such distant places as China, New Zealand and Australia. Many become English teachers. They plan to stay where they are.

If you wish to return to the States for good, though, you must take some legal steps. 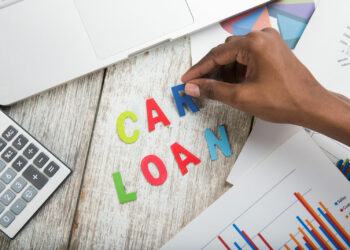 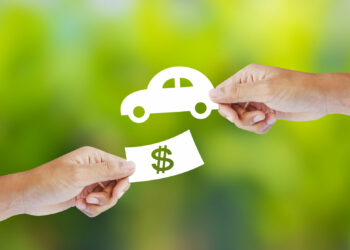 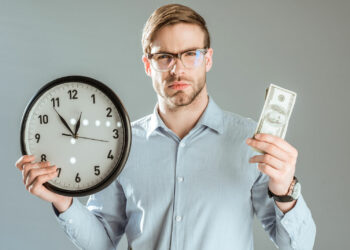 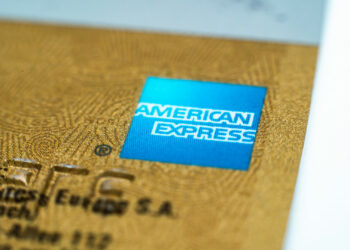 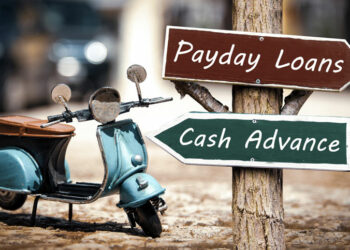 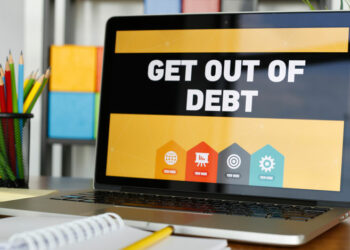 A Simple Guide on How To Read a Pay Stub