What is a Payday Loan?

If the term “payday loan” doesn’t sound familiar, there are some other names for it which might:

Should You Pay Off Debt or Save First?

Adverts for payday loans make them appear to be a quick, easy, trouble-free way to get cash when you’re in a financial pickle. Getting $100 is as easy they tell you as submitting a recent pay-stub, a copy of your driver’s license, and a blank check. They mention that paying off that $100 can wind up taking months and cost a lot of money.

How Do Payday Loans Work?

Say you need to borrow $100 ’til your next payday. You write a postdated check for the amount plus the fee. Lenders determine payday loan fees in two ways: as a percentage, like 10%, or as a set amount for each $1, like $15 for every $100 borrowed.

After writing the check, the lender automatically deposits the funds into your account. Then, on payday, the lender cashes your check – unless you extend the loan. Also known as “rolling over,” the loan costs another fee and allows you to repay the loan the next period instead of now. Lenders charge a fee each time you roll the loan over.

Why Do People Take Payday Loans?

Although many think the common reason is emergency, in reality, it usually is not. According to a Pew Study, most people take the loan to pay regularly scheduled living expenses such as a utility bill. Not only do they commonly extend the deal, but as soon as they do manage to pay it off, they soon take another and do the whole process again. It can become a vicious cycle. Is it the lender’s fault? Not really; the lender didn’t design it that way. The creditor didn’t pressure the person in any way to roll the loan over. As business people, of course, they agree to extend the loan, payday lenders often do this – why wouldn’t they?

What is the upside to Payday Loans?

Of course, the perceived benefits are there. Cash when you need it. No need to hit up friends or relatives for a loan or handout. No risk of losing your collateral to a pawnbroker. A feeling of responsibility and independence. It’s also legal. There’s no nefarious activity going on – trying to hustle up a few bucks.

What Are the Problems with Payday Loans?

Unfortunately, payday lending has been tagged with a bad name; there’s a stigma to it that it doesn’t deserve – predatory lending. The term predatory lending was coined last century to describe real-estate lenders who used a scheme known as balloon payments to trap mortgage holders into defaulting, whereupon, after getting several years of payments, they would foreclose on the property and resell it.

Today Payday Lenders are honest and transparent. There’s no collateral for the loan, and therefore it isn’t in anyone’s best interest for the borrower to default. The amount of loans is relatively small, and collection fees high.

A Payday loan is meant as a short-term loan. It was designed for a period of two weeks. The interest rate is relatively high because of the risk; some borrowers will default – that’s a given. It isn’t really accurate or fair to extrapolate the short-term interest rates out over a year – an APR. They aren’t meant to roll over the original loan for a year. It was meant as an occasional thing for when a person actually faced financial difficulty. Just get some quick cash for a couple of weeks and then pay it back.

Just like many other things in life, bad habits can develop. Is the bartender to blame for a customer’s alcoholism? How about the casino when somebody develops a gambling addiction? Like these examples, payday lenders don’t control and aren’t responsible for customers who develop a debt cycle. It’s a bad idea for some people to start taking payday loans in the same way that it’s a bad idea for an easily addictive personality to begin drinking or gambling.

So yes, there are some negative aspects associated with payday loans. It depends on one’s financial habits, responsibility, and ability to manage one’s budget.

The Truth in Lending Act requires all payday lenders to disclose the deal’s cost in writing before any agreement is signed.

For example, if a payday lender charges $17.50 per $100 borrowed, your effective annual percentage rate (APR) on a 10-day loan is nearly 640%. If you took out a 14-day $300 loan and couldn’t repay it for two months, you’d end up paying $210 in payday loan fees. But understand that a payday loan was never meant to be extended over a year. If you plan to get the money, then plan how to repay it too.

A 2004 study shows an average payday borrower pays $793 in interest on a $325 loan. Lenders don’t require finance charges that high. Instead, borrowers pay that amount over time by continuously rolling over the loan.2 Borrowers often find themselves taking out another payday loan to cover an old payday loan and end up owing hundreds of what started as a small amount of debt.

While payday loans often end up being expensive, people do sometimes need money on short notice. Some alternatives to payday loans are included below:

Avoid payday loans if you have a problem handling money. Get a payday loan and pay back the loan. 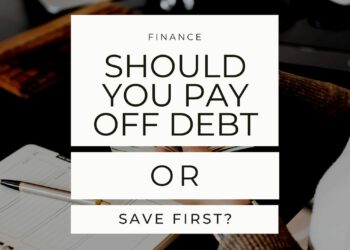 Should You Pay Off Debt or Save First? 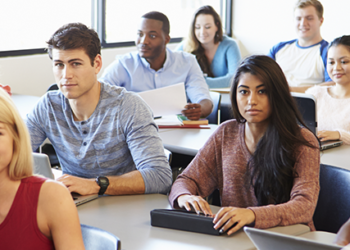 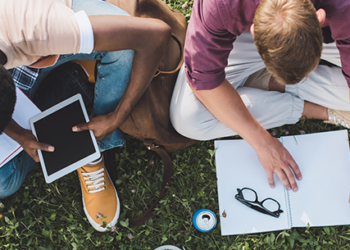